My Collection: Plants I Have Loved 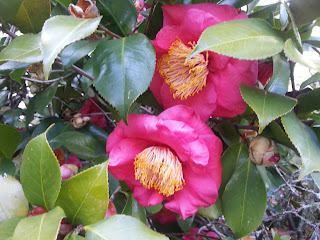 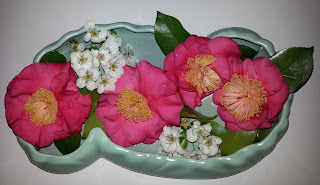 A recent article (Sorry, Nobody Wants Your Parents’ Stuff) explains why kids don’t want their parents’ old furniture and beloved knickknacks. And definitely not their grandparents’. Okay, I got it. That doesn’t mean I like it. I don’t like the idea of my prize “things” being trashed or donated. Sold? Nahh. Very little of monetary value here. Just sentimental. I have an old farm house full of odd things my gkids won’t want when I die or down-size, whichever comes first. My collection is the ultimate barrier to the idea of down-sizing—something that would be economically and logically easier on me. But I couldn’t fit all these things into smaller square-footage! At first I thought I’d write about the objects most likely to be ignored in order to guilt the most sensitive gkids into adopting some of my unlikely treasures. But maybe not.

Let’s just start outside. Outside? Yep. Plants. I’m sentimental about plants too. My favorite plant died years ago, but I still remember it with affection. I love its history. From Brewton to Jacksonville to Oneonta to Auburn to Seale. My father planted a tea olive in his mother's yard in Brewton (1930s). When my parents moved to Jacksonville (1940s), he took the young plant with him.  Years later, he gave it to his mother-in-law in Oneonta.  When she died (1960), he moved it to his house in Auburn. When my husband and I moved into his old family house in Seale (1969), my father planted it right below the den window, where I enjoyed seeing it for many years. And the smell! That special tea olive smell still transports me down Memory Lane. And then the Big Freeze hit us. My husband wrapped quilts around the tea olive, but it was not enough protection. Who cries over a plant? This person. I now have two large tea olives, but neither has an emotional pull. I enjoy the fragrance but that’s it. No family history.

Okay, that’s the plant that isn’t there. There is also a plant that is still outside my window. My father planted several of his azaleas and two camellias in the row where the tea olive was. One camellia died, but the remaining camellia is beautiful. It is a symbol of my father’s love for me and for plants. (I grew up with the idea that having a greenhouse and a large garden in your backyard was perfectly normal, even if you lived in town.)

My emotional tie with camellias is heightened by a shallow bowl that Mama used to float blooms. This bowl appeared in our house and in the homes of those suffering a loss or just needing a cheerful arrangement. My parents had this thing about camellias and hibiscus. Several years ago I bought another bowl of the same style at an antique mall, and quickly forgot which was Mama’s, the large one or the small one. Much later I finally figured it out: Mama’s name is still on the adhesive tape on the bottom of the large one!

In the last two months, Daddy’s camellia blooms floated in bowls in Panama City Beach and Fayetteville, Georgia, as well as in Seale. Continuity. Memories. Family.